Since the market introduction of the HAVER ROTO­CLASSIC® cement packing machine two years ago, more than 100 units have been sold worldwide so far. During the 50-year ROTO-PACKER history, HAVER & BOECKER can now look back on 3500 sold systems. Convinced by the advantages offered by the latest ROTO-PACKER® generation, the HAVER ROTOCLASSIC®, the Spanish company group Cementos La Unión ordered a type 16 RCC (Fig.) HAVER ROTOCLASSIC® for its plant in Valencia. The advantages include low maintenance, ease of operation, high filling speeds, clean filling, and minimal energy consumption. The 16-spout packer replaces a type 8 RS MEC HAVER ROTO-PACKER® built in 1997, which will be put in operation in a plant belonging to the company in Point Noire in the Congo (Brazzaville Republic). Due to the 16 RCC’s compact design, it was possible to install the new packer at the same location as the significantly smaller 8 RS MEC. Components such as the bucket elevator and the screening machine were taken over after partial modifications. In addition to the packing machine, a type 5000 HAVER RADIMAT bag applicating machine, a complete bag discharge and handling line with bag cleaner, belt check weigher, and bag diverter with bag shredder were installed. The plant is designed so that it can fully automatically pack the customer’s entire product spectrum of normal standard “grey” cements (3700 to 4500 Blaine) into 25-kg and 35-kg bags. A further HAVER packing machine (also a type 8 RS-MEC) at this company, which has been a customer for years, will remain in the plant and operate during peak production times.

The new system, which was put into operation at the start of October, is characterised by its unique high performance. A continuous speed of 5700 bags/h is achieved with 25-kg bags and a speed of 4700 bags/h with 35-kg bags. Especially notable is that the packing machine uses only a single bag discharge line and is supplied with empty bags using only one bag applicating machine.

The customer additionally ordered an 8-spout HAVER ­ROTOCLASSIC® packer from the Spanish subsidiary company HAVER IBERICA for a plant in the Dominican Republic (Cemento Santo Domingo). For HAVER & BOECKER the new system ordered by Cementos La Unión represented the start of the recovery from the economic crisis on the Spanish market. In the meantime additional orders have been received. 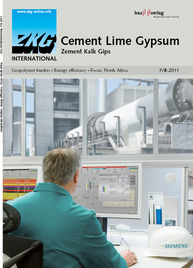 HAVER RADIMAT® India celebrates its market launch at bC India

As one of the 508 companies from over 30 countries, represented by HAVER IBAU INDIA Pvt. Ltd. and the Wire Weaving Division, the HAVER Group presented itself at the bC India (bauma CONEXPO INDIA) in...

Clean, intelligent and profitable  a new age in packing

Haver & Boecker is promoting its new generation of filling, packing and palletizing systems. Haver Service will also present the Quattro System Monitoring, which can also be retrofitted to already...

Haver & Boecker has expanded its bag handling product range for bulk products of any kind. The Haver & Boecker SpeedRoad is a compact, efficient, economic and fully automatic system for loading filled...

This year HAVER & BOECKER is especially proud of the fact that its workhorse, the ROTO-PACKER®, has been successful on the market for 50 years. The jubilee was celebrated at the Machinery Division in...