In the United States, toxic air emissions are controlled by National Emission Standards for Hazardous Air Pollutants (NESHAPS) [1]. These standards require that each industry that emits hazardous air pollutants have their own standards. The standards generated are called Maximum Achievable Control Technology (MACT) rules. The original MACT standard for cement kilns was issued in 1999. It was revised in 2002 and again in 2006. In 2008, the U.S. Environmental Protection Agency collected emission data from numerous cement kilns in order to revise the standards once again. The 2010...
Find out more in 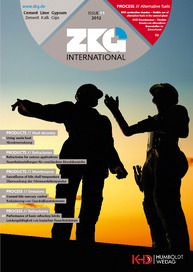 Lime-based sorbent composition for mercury removal and its manufacturing process