A strong growth in net sales and a net profit at the same high level as the previous year are the key features of the 2008 business year for Endress+Hauser. The Group has created numerous jobs worldwide and has made significant investments. Nevertheless, towards the end of the year the company felt the effects of the global economic crisis. At the presentation of the annual
figures at the annual media conference, Chief Executive Officer Klaus Endress (Fig. 1) spoke of a “divided year”.

“For a long time it looked like yet another ‘best year ever’ for Endress+Hauser,” said the CEO. However, the initially good ­double-digit growth gradually flattened off. With net sales of 1.211 billion € and a growth of 8.8  %, the Group still exceeded its ambitious ­targets. All in all, the process automation industry grew by 4 to 5  %. Although instrumentation for process engineering (Fig. 2) still forms the core of the business, services and automation solutions are increasingly significant sectors. IT plays more and more an important role. 200 new patent applications in 2008 give evidence of the innovative strength of Endress+Hauser. The Group spent 88.8 million € on R&D – 17.5  % more than in 2007.

In total the company created 579 additional jobs last year. Over half of the 8434 staff employed worldwide are based
in the German-French-Swiss region around Basel, where
197 new positions were added. The Group also strengthened their top management level, the Executive Board, by appointing five new members, bringing the total number to eight. For Endress+Hauser the past year was overshadowed by the death of the founder of the company, Dr Georg H Endress. He passed away in December 2008 shortly before his 85th birthday after a brief, severe illness. Klaus Endress emphasized that the transition to the second generation had already successfully taken place several years earlier. Everything has been prepared to pass the responsibility on further to the third generation some day. 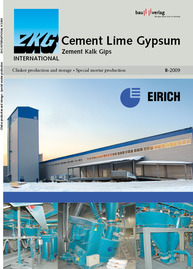 Endress+Hauser on further path to growth

Production of level and pressure measurement technology in Maulburg expanded, Endress+Hauser has invested roughly  46 million in the expansion of its Maulburg, Germany location. The project, which...

Staying profitable in spite of drop in sales

The effects of the 2009 economic crisis have been felt at Endress+Hauser, with sales dropping for the first time in the companys history. But the international Group with headquarters in Reinach,...