PCA expects a gradual and sustained U.S. economic recovery (Figs. 1 and 2) fed by growing confidence among business and consumers – leading to gains in consumer spending and job creation.  Job gains, coupled with growing confidence, was expected to be the cornerstone upon which growth momentum was generated and expected to feed sustained and relatively strong economic growth conditions.This scenario appears to be now playing out well.

Homebuilders are unlikely to significantly accelerate construction activity until two critical conditions are met, including:
1) low levels in inventory of unsold new homes reflecting no higher than five months supply, and 2) stable or rising home prices. Both conditions are likely to be required to insure an adequate return on investment (ROI) for homebuilders to spur an increase in building activity. Given this, analysis of the residential sector becomes very simple.  A significant improvement in residential construction cannot begin until the foreclosure crisis is over.  This is not expected to materialize until 2012. High level of foreclosure activity increases inventory levels and depresses home prices.

Large state deficits are expected to continue in 2011, improving in 2012 with small surplus conditions materializing in 2013.Due to the magnitude of the fiscal distress and the coping policies already initiated by states, it is difficult to assess the magnitude of future construction spending cuts by state governments.  PCA believes it has taken a very prudent approach with regard to assessing state discretionary cement consumption – resulting in the possibility of upside risk to our projections.

The continuation of state budget distress must be overlaid by a reduction in ARRA (stimulus) spending. During 2010, ARRA spending is on pace for 11.6 billion US$.  PCA expects 9.0 billion US$ will be spent in 2011 and 600 million US$ in 2012.  The composition of projects is expected to continue to move from resurfacing to more design intensive projects – typically carrying higher cement intensities. Indeed, PCA generally believes states that have been slow to spend ARRA dollars during 2009 are likely to see a higher commitment to “big projects” during 2010-2011.

PCA expects modest growth will characterize the United States cement industry during 2011-2012.  These modest gains in residential cement consumption must be put in the context of stagnant conditions in nonresidential construction, a continuation of state fiscal problems and a decline in stimulus spending. 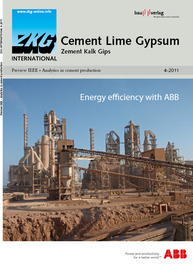 Albert Manifold, Chief Executive, stated: 2016 was a year of significant profit growth for CRH, with margins and returns ahead of last year in every division. We benefited from positive momentum in...

UK construction output growth will contract by 15.1%, despite recovery in October

UK construction output continued its recovery in October, but GlobalData, a leading data and analytics company, holds its estimate that output for the year as a whole will contract at its fastest ever...