As of January 1st, 2014 Eric Lepine, General Manager of Caterpillar France SAS in Grenoble, is presiding CECE, the Committee for European Construction Equipment, for the coming two years. Eric Lepine took over the presidency from Johann Sailer, who has been chairing the association during the last two years. The official handover took place in Paris in December on the occasion of the last CECE-Steering Group meeting of the year. During his 26 years of experience in the industry, Eric Lepine has held various important positions at Caterpillar in different countries such as Belgium, Hungary, Poland, Russia, USA and UK before taking over the responsibility in Grenoble.
www.cece.eu 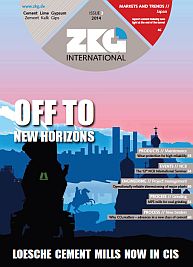 1 Introduction According to the European Construction Equipment Association (CECE), based in Brussels/Belgium the situation is clear: Its a mixed market environment but with definite signs of...

At their joint political summit, held in Brussels/Belgium on 23.09.2015, the presidents of CECE (Committee for Euro­pean Construction Equipment) and CEMA (the European Agricultural Machinery...

Congress with focus on agility

How to become more agile in a fast changing environment? This is the core topic of this years CECE congress which will be held on 16./17.10.2014 in Antwerp/Belgium. The organisation has invited an...

In January 2014, FLSmidth appointed Eric Thomas Poupier as Group Executive Vice President, Business Development. He holds a Master of Mechanical Engineering from INPG in Grenoble/France alongside a...