The global Corona crisis has also led to high export losses for machinery and plant manufacturers. In 2020, machinery and equipment worth € 160 billion were exported from Germany and imported machinery and equipment in the amount of € 67 billion. Exports were thus 12.0% and imports 13.4% lower than in 2019, according to preliminary figures released by the Federal Statistical Office. “Machinery exporters from Germany thus recorded the highest year-on-year declines since the financial and economic crisis in 2009,” said VDMA chief economist Dr Ralph Wiechers.

Strongest decline in exports in the second quarter

A look at the quarterly figures for 2020 shows the chronological course of the crisis year: machinery exports still recorded a comparatively moderate year-on-year decline of 5.1% in the first quarter. In the second quarter, 22% less machinery and equipment was then exported before a gradual improvement began: The third and fourth quarters saw smaller declines of 12.4%, and 8.2%, respectively.

“The second quarter of 2020 was the height of the Corona crisis for machinery and equipment manufacturers. Many companies faced unexpectedly severe outages on the supply and demand side. Supply chains were temporarily disrupted, and customers postponed or even cancelled orders at short notice. However, the developments in the last few months of 2020 are encouraging: the export year 2021 will be better and bring growth, even if the pre-crisis level will not yet be achieved,” Wiechers explained.

Head-to-head race between the US and Chinese sales markets

Between January and December, exports to the United States, the number one destination for machinery exporters from Germany, fell by 9.3% to € 18.2 billion. This means that the USA accounts for 11.4% of total machinery exports. To China, the second largest foreign market with a share of 11.3%, machinery and equipment exports from Germany decreased by 3.6% to € 18.1 billion in the same period.

“The economic recovery in China already started in the second quarter of 2020 and the companies felt the positive momentum a little bit later in their order book,” said the VDMA chief economist. “Machinery exports from Germany to the People’s Republic already increased by 7.2% in the fourth quarter of 2020 and are entering the new year with momentum. However, the strength of the Chinese economy is not only making itself felt in German exports to the country. According to figures from China Customs, exports of machinery from China totaled € 165 billion. Admittedly, revisions are still pending, however, Germany’s lead as the world’s largest exporter of machinery and equipment is probably lost,” Wiechers added.

Poland among the top 5 sales markets for machinery and equipment

Exports to EU countries (€ 68 billion) last year were 15.2% below the previous year’s level, a worse result than overall exports. The EU countries took a total of 42.5% of all machinery exports from Germany. To France, the number three in the export ranking, the companies supplied machinery and equipment worth € 10.6 billion (minus 15.2%). In the export business with Italy, the mechanical engineering companies recorded a minus of 18.1% to € 6.8 billion. Poland, which has now climbed to fifth place in the ranking, took in machinery and equipment worth € 6.8 billion (down 9.9%) from Germany, overtaking both the Netherlands (€ 6.8 billion, down 11.2%) and the UK (€ 6.0 billion, down 20.5%). The United Kingdom dropped two places to eighth place due to the hard lockdown, but mainly as a result of the Brexit.

Not all sub-sectors were equally affected by the double-digit decline in exports. Machine tool manufacturers recorded a sharp drop of 29.4%. In contrast, agricultural machinery increased exports to the world by 1% compared to 2019. 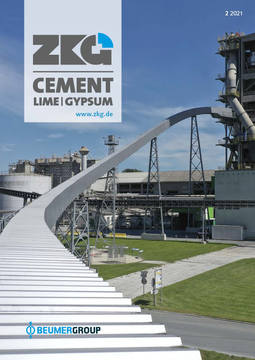 The members of VDMA Construction Equipment are looking to the future with confidence. Industry representatives expect a slight decline in sales of 3 to 5% this year at an overall stable level. Once a...