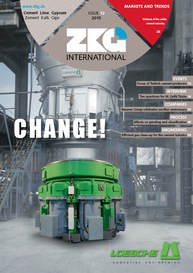 1 Introduction On account of their simple design, limited space requirement, high operational reliability, as well as their low operating and investment costs, cyclones are used in almost all branches...

A recuperative preheater is a gas-gas heat exchanger that extracts heat from a stream of hot waste gas and transfers it to the raw gas that is to be cleaned. During ongoing waste gas cleaning, the raw...