Any damage to a planetary gear can usually be expected to result in time-consuming, expensive consequential damage. Prompt repair, though, can prevent such secondary deterioration. In most cases, incipient gearing trouble can be detected at an early stage.

In one instance, a maintenance inspection revealed that the planetary gear unit installed on a high-pressure grinding roll had been exposed to damages of foreign particles. The damaged parts were identified, and the further procedure was agreed with the customer.

The planetary gear unit was sent to Brauer Maschinentechnik AG, where it was first completely dismantled. In the course of disassembly, all parts of the gearbox were carefully inspected, and the damage syndrome was defined. The input shaft and the first- and second-stage planetary anti-friction bearings were found to have suffered severe damage. Consequently, the planetary gear bearing arrangement was altered and reinforced by incorporating new anti-friction bearings with a higher load rating.

After the overhaul, the planetary gear unit was installed on the test bed and evaluated in operation. During the test run, the unit’s leak tightness, noise generation and vibration behavior were monitored. Finally, the unit was painted and preserved as specified by the customer. Prior to its return transport to the customer, the gear unit was fitted with a repair nameplate and protected by high-quality packaging. Brauer was able to clear the gear unit for unrestricted operation within the agreed time frame.

Inquiries concerning Brauer’s services can be made around the clock, and the company can be contacted at all times for emergency cases. With more than 1000 reserve-transmission and wheel-set items in stock for standard industrial gear units, this gearing specialist commands a wide range of options for short-term repairs. 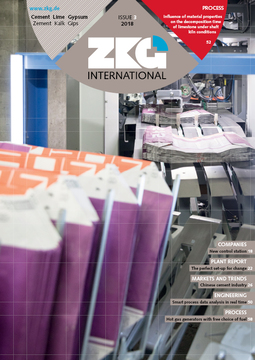 1 Introduction Numerous cement plants can boast of drivetrains with mechanical gearing that have been in service for decades. In many cases, a general overhaul would be desirable, but the prolonged...

High-precision work for main gear ­replacement on a tube mill

1 Introduction The Krupp two-chamber tube mill at the Burg­lengenfeld cement plant has been in service for about fifty years. It has a diameter of 3.8 m and a length of 14.1 m, thus occupying a...

Service  the secret of success

The gear units supplied by FLSmidth MAAG Gear, which are among the key components in cement plants, weigh up to 190 t. With the right maintenance the gear units will run reliably for several decades...