The Portland Cement Association (PCA), representing America’s cement manufacturers, recently announced their newest honorary member, Dave Nepereny. Election to honorary membership in PCA is reserved for those who, in the opinion of the PCA Board of Directors, have rendered outstanding service to the cement industry and the association.

“Dave’s lifelong contributions to the cement industry are something to be celebrated, and we’re delighted to have Dave as an honorary member,” said PCA President and CEO Mike Ireland.

“Dave was actively involved with multiple aspects of PCA, setting an example as a former Chairman and chair for multiple committees, including the Membership Development, Market Development Council, and the Administrative Council,” said PCA Chairman and President of GCC of America, Ron Henley.

In addition to committee and chairmanship work at PCA, Mr Nepereny also served as a board member to former PCA sister organization, CTLGroup. 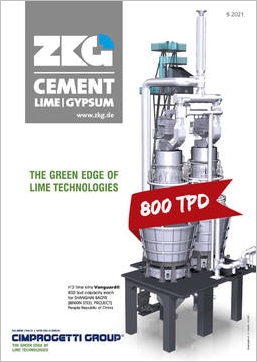 PCA elects 2019 Board of Directors Leadership

The Portland Cement Association (PCA) announced that Tom Beck, President of the Continental Cement Company, has been elected Chairman of the PCA Board of Directors, and Ron Henley, President of GCC of...

The Portland Cement Association (PCA) has announced its Roadmap to Carbon Neutrality, an ambitious journey to carbon neutrality across the cement and concrete value chain by 2050. Given the...

Marking the first time what has been referred to as a hard to abate emissions sector has come together to call for a unified approach toward decarbonization, the Portland Cement Associations...