A research project of the Disturbance Ecology and Vegetation Dynamics research group at the University of Bayreuth is investigating the importance of gypsum mining sites for biodiversity. The researchers led by Prof. Dr. Anke Jentsch are investigating which mechanisms and disturbance initiatives make these areas more valuable from a nature conservation perspective.

Gypsum mining in Germany creates open, vegetation-free areas in an otherwise densely vegetated cultural landscape. Many animal and plant species depend on such areas of raw soil, and the pioneer stages of vegetation development that grow there (later, bushes or even forests will grow on these sites) include rare and endangered Red List species. Gypsum mining creates a high structural and habitat diversity for many species that no longer find a refuge in the often structurally poor agricultural landscape or in commercial forests. On the other hand, gypsum deposits are partly located in complex landscape areas with species-rich ecosystems. In some places, this results in conflicting goals. A research project at the University of Bayreuth is now investigating the species diversity in gypsum mining sites of different ages since the end of mining, and thus in different stages of vegetation development. The investigations are being conducted in the gypsum mining regions of southern Harz, north-eastern Hesse, Lower Franconia and eastern Württemberg. The research question is about exactly which mechanisms and disturbance initiatives lead to greater nature conservation value. It is precisely this biodiversity in the aforementioned raw soil habitats or in habitats with only very low vegetation cover (which means severely limited resources such as water and nutrients) that make many gypsum mining sites special in terms of species and nature conservation during and after the active phase.

The current research was initiated by the Disturbance Ecology and Vegetation Dynamics team. The Federal Association of the Gypsum Industry is supporting it financially. This offers a special opportunity to win over the mining companies, nature conservation associations, the public, and decision-makers for the interests of species and nature conservation in the gypsum mining regions, and to develop spatially differentiated bases for decision-making. 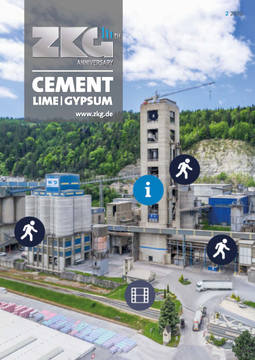 Christening of the Rock of the Year in Iphofen: Gypsum as an everyday hero

Gypsum is a raw material that we can hardly imagine everyday life without. Gypsum products are used in the building industry, for example, in dry construction, in the design of surfaces (e.g. stucco...

During its 4th edition, HeidelbergCements lighthouse biodiversity contest engaged hundreds of students, researchers and NGOs in the protection of natural wildlife at mining sites; the seven winners...

Biodiversity in quarries is high

The species diversity in a quarry is often significantly higher after the end of excavation work than before it began. This is the result of decades of experience and the previous data of the...