Votorantim Cimentos, announced a R$ 200 million investment in the expansion of its Pecém plant, in the Brazilian state of Ceará. Once operating at full capacity, the project will create approximately 50 new direct jobs – in sales, operations and logistics – and add 800 000 t/a to the unit’s current 200 000 t/a cement grinding capacity, for a total of one million t/a. Construction is scheduled to begin in the first half of this year.

The official announcement was made during a meeting between the governor of Ceará, Camilo Santana, the global CEO of Votorantim Cimentos, Marcelo Castelli, and the company’s executive commitment, held at the company’s headquarters in São Paulo.

The expansion project will apply the most modern concepts of energy efficiency and industrial automation, including the acquisition of new, cutting-edge equipment, in line with the sustainability strategy and respect for the environment that guide the company’s performance. The expansion of the Pecém plant will enable Votorantim Cimentos to increase its efficiency in the production and distribution of its products, thereby improving the level of service and reducing the delivery time to customers.

In Ceará, Votorantim Cimentos operates the Sobral-Pecém industrial complex. The Pecém plant has been operating since 2008, producing cement and mortars. Inaugurated in 1968, the Sobral plant produces two lines of the Poty brand of cement: All Constructions and Structural Constructions. 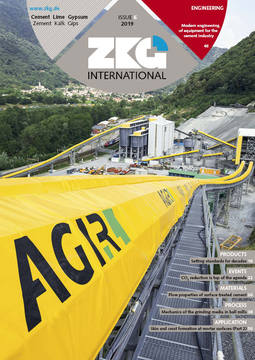 Votorantim Cimentos announced the start of operation of a new production line at its cement site in the Pecém Industrial and Port Complex, in the state of Ceará, Brazil. As a result of this...

Urban waste as a source of energy for Votorantim plants

At the plant in Salto de Pirapora, in the countryside of São Paulo, Votorantim Cimentos was one of the first in the country to use part of unrecycled urban waste as an energy source for cement...