Taiheiyo Cement Corporation, one of Japan’s largest cement producers, fires its new power plant in Ofunato with both biomass and coal. Until now conveying of biomass in Japan has been dominated by domestic manufacturers, but the Aumund Hong Kong team successfully convinced its customer of the merits of the conveying technology solutions offered by Aumund for both of these types of fuel. An order from Taiheiyo Engineering Corporation for three Aumund Bucket Elevators and an Aumund Drag Chain Conveyor was the result.

The customer chose two identical Aumund Bucket Elevators with Central Chain type BWZ and an Aumund Drag Chain Conveyor type Louise TKF for its biomass conveying, all with capacities of up to 150 t/h. The Aumund machines transport palm kernel shells (PKS) and palm empty fruit bunches (EFB), which are used as alternative fuels in the Ofunato power plant.

The conveying concept is designed so that the different materials are kept apart and enter the silo buffer tanks separately.

For coal handling Taiheiyo decided upon an Aumund Bucket Elevator with gravity discharge type BWZ-S and a capacity of up to 35 t/h. 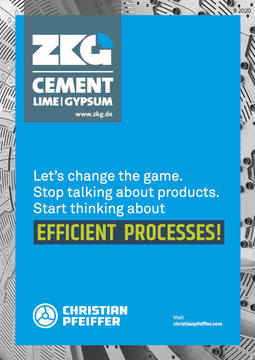 The Taiheiyo Engineering Corporation goes back to the year 1976, today the enterprise is formed from a merger of Onoda Engineering, Chichibu Engineering and Asano Tech. In total 170 employees are...

With an export rate of more than 95??%, the German ­ AUMUND Group is a classic example for a successful medium-sized enterprise engaged in the world market. The AUMUND daughter company in the USA...

100 years of Aumund: How an inventor and engineers office became an international conveying and storage technology brand

On 3 August 1922 Heinrich Aumund founded the company for Aumund-Patente MB.H. in Berlin, an invention and engineering office, which laid the cornerstone for the globally operating Aumund Group of...

A market with potential: Aumund is increasing its focus on conveying solutions for alternative fuels

The cement, steel and power industries are all energy-intensive, and still predominantly use fossil fuels in their processes releasing carbon dioxide which is damaging to the environment. At the same...