The order books in the mechanical and plant engineering sector are well filled, but at the same time many companies are struggling with increasing material and supply bottlenecks. Shortages of electrotechnical and electronic components in particular have increased dramatically. The VDMA economists reaffirm their production forecast of plus 10% for the current year, and for 2022 they expect production to increase by 5%.

While order books in the mechanical and plant engineering sector have filled up well in recent months despite the Corona pandemic, many companies are struggling with increasing material and supply bottlenecks. “According to our latest VDMA flash survey from the beginning of September, 81% of mechanical engineering companies are now experiencing noticeable or serious impairments in their supply chains. Shortages of electrotechnical and electronic components in particular have increased dramatically. In addition, almost two thirds of those surveyed are suffering from impairments in logistics and transport. This is significantly more than even at the peak of the pandemic in mid-April 2020,” says VDMA Chief Economist Dr. Ralph Wiechers.

An easing of the situation, especially with regard to the supply of preliminary products, cannot be expected, at least for the next three months. “40% of the mechanical engineering companies surveyed even anticipate increasing problems, while 52% expect the challenges to remain the same,” explains Wiechers. Therefore, despite the good order situation, caution is still advisable, even with a view to the coming year. “Moreover, the momentum in some countries is already slowing down significantly, and the delta-virus as well as a lack of progress in vaccinations are weighing on economic activity in many countries. We therefore expect output growth to be somewhat weaker in 2022, at 5% in real terms. Overall, however, the upswing should remain intact. In addition, everything that can not be manufactured this year due to shortages will be implemented next year,” predicts the VDMA chief economist.

In the first seven months of the current year, the mechanical and plant engineering sector recorded a real increase in production of 7.1% compared to the previous year. Incoming orders increased even more strongly from January up to and including July, rising by 30% compared to the previous year (Germany: +20%, abroad: +36%). According to VDMA economists, this will ensure continued high capacity utilisation and production growth in the coming months. For 2021 as a whole, the VDMA economists are sticking to their estimate of growth of 10%. This would bring the industry a good deal closer to its production level of 2019. However, interim hopes of even higher growth will in all likelihood not be fulfilled. There are early signs of a slower pace of expansion in some specialist sectors, especially among parts and components manufacturers, as well as in Asia. “Others are only now really getting going, but are having to cut back on their production plans because of the numerous bottlenecks,” Wiechers says.

This assessment is confirmed by the latest VDMA flash survey, in which almost 600 companies took part. According to the survey, nine out of ten companies – as a result of production hindrances – are currently having lesser turnovers than would be possible under other conditions. This also dampens sales expectations for the current year: just under half of the mechanical engineering companies (44 percent) put the reduction in sales growth in 2021 as a result of material bottlenecks at 1 to 5 percentage points, with a further 28% calculating with a discount of 5 to 10 percentage points. “After all, about 90% of companies expect sales to increase this year. But the majority of companies will draw consequences from the difficult supply situation,” Wiechers emphasizes. According to the VDMA survey, more than 70% of companies are now planning to make changes to their supply chains. Above all, this means expanding the supplier network – also geographically – increasing warehousing and looking for alternative supply routes.

However, activities are not only slowed down on the supply side, but also by noticeable bottlenecks on the labour market. “Increased reports of a shortage of skilled workers are striking, with 61% of the companies surveyed feeling this noticeably or even seriously. In addition, a good two thirds do not see any relief and almost 30% even see the situation worsening in the next three months,” sums up the VDMA chief economist.

The high amount of short-time work during the crisis has undoubtedly spared the mechanical engineering industry even greater problems. However, looking ahead, great efforts are needed in the companies, in society and in politics to maintain the competitiveness of the industrial SME sector in the long term, or even better: to increase it. “The next federal government must finally give companies more regulatory legroom not only to master the far-reaching transformation of the economy with market-based means, but also to generate new growth from it. This is not the result of tax-funded state actionism, but of entrepreneurial courage, personal and financial commitment and the ability to accept setbacks. Against this backdrop, all plans to reintroduce a wealth tax are poison for the efforts of thousands and thousands of small and medium-sized businesses, which have to shoulder major investments with their own resources.” 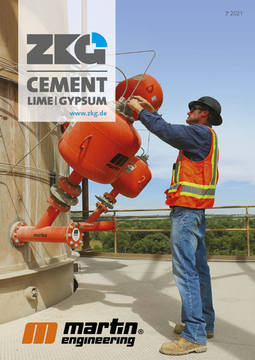 The order intake in the construction equipment industry allows manufacturers with production sites in Germany to look forward to 2022 with peace of mind. When companies will be able to achieve...

Not only has the biggest democracy in the world proved itself to be stable during the last Parliamentary elections, this emerging market has faced the global economic crisis relatively calmly. This is...