The World Cement Association announced that its President Song Zhiping has been elected as Chairman of China Association for Public Companies (CAPCO). In this role, he will lead CAPCO on its work to improve the quality of listed companies as well as driving the enhancement of the overall regulation of China’s capital markets.

Mr. Song has over 40 years of business and management experience in China’s building material industry and 33 years of experience in helming large-scale enterprises.

CAPCO is a national self-regulatory and non-profit social organization incorporated by publicly listed companies and relevant entities in accordance with the Securities Law of the People’s Republic of China. 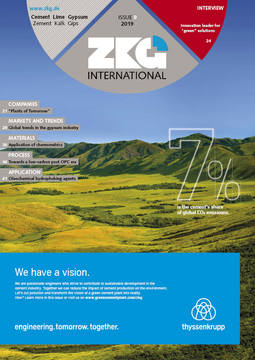 Zhiping Song, Chairman of China National Building Materials (CNBM), has been appointed the new President of the World Cement Association. This is the first time a representative from a Chinese...