The industrial exploitation of deep and ultra-deep oil and natural gas reservoirs has also increased the difficulties in bore hole cementing. Elevated borehole temperatures call for set-retarded cements, i.e., the cement slurry must remain pumpable until it has reached the location of the final cement mantle. Until 1930 the setting reactions in well cementing were usually accelerated, i.e., the aim was to shorten the “waiting-on-cement (WOC)” time, but later it became necessary to achieve precisely the opposite effect.

This did not represent a problem, particularly as... 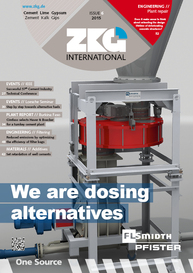